This book is going to DO things to you. And I hope to start by making you lust over this cover. This beautiful pic was taken by the amazing Sara Eirew and surely you recognize this model by now! Mike Chabot is on a lot of my covers. I don’t think he can take a bad picture if he tried.

Sick Heart was a long process. It took a long time to write. It comes in at 127,000 thousand heartbreaking and beautiful words. It has a perfect ending. And it deals with some very dark shit.

But lest you think my Sick-Hearted Hero needs redemption–no. He doesn’t. He will not be apologizing for one fucking bit of his story. And neither will my heroine. These two characters are survivors and this book is about their fight.

Oh, there IS a real fight in this book. It’s a dirty, bloody mess. But they’re not gonna apologize for that either.

Not one drop of blood. Not one punch in the mouth. Not one horrific memory.

And so… I present to you… 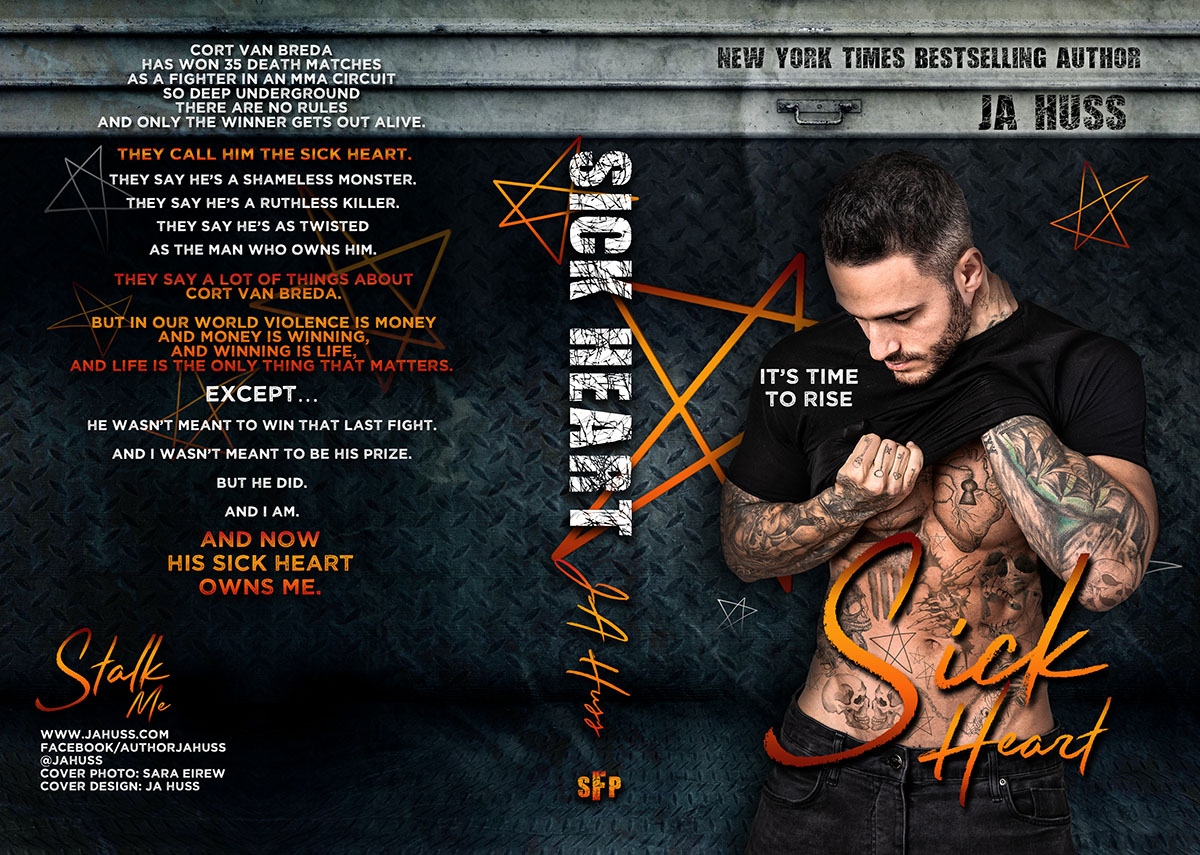 Cort van Breda has won 35 death matches as a fighter in an MMA circuit so deep underground there are no rules and only the winner gets out alive.

It will release ONE DAY EARLY on these three platforms above (March 29) and will NOT BE FOR SALE ANYWHERE BUT AMAZON AFTER THE PRE-ORDERS DROP!

So if you want to buy the book on a platform other than AMAZON, you have to get it on pre-order.

THE AUDIOBOOK WILL RELEASE THIS SUMMER.