We are TWO WEEKS AWAY from the release of Bossy Bride and I’m on pins and needles just aching to get this book loaded on your e-readers! This is a super cute, super fun, and super sexy romp through Vegas on Christmas Eve!

BOSSY JESSE WILL BE FREE DECEMBER 4-8Th! You DO NOT HAVE TO READ THE WHOLE SERIES TO READ BOSSY BRIDE. Just book one – the BOOK THAT IS FREE THIS WEEK ONLY! Trust me- Emma and Jesse are MADE FOR EACH OTHER! They are super funny, super sexy, and are always up for an adventure! So make sure to GRAB BOSSY JESSE HERE ABSOLUTELY FREE THIS WEEK STARTING TONIGHT AT MIDNIGHT!

PUT IT ON YOUR WISH LIST OR GRAB IT NOW!

Emma and Jesse are living the dream. So in love. So thrilled that things have settled down in the crazy world of the Boston Brothers. And YES, they are getting married next spring. They can’t wait.

But when Emma’s mother decides to set the date, pick a dress, AND hire Emma’s childhood nemesis, KAREN to PLAN THE WEEDING AND BE A BRIDE’S MAID?

Nope. Emma is having none of it.

So she and Jesse take that Bright Berry Beach jet straight to Vegas. They’re gonna get hitched and get home in time for Christmas Eve dinner.

Or.. maybe not. Enter World-Famous Vegas Fantasy Wedding coordinator, FINGERS. I know, I know. You see a name like Fingers and you just KNOW that’s not gonna turn out well. BUT – this guy comes highly recommended by Miles–Emma’s super-smooth, super on-top-of-shit jet butler. So how bad can he be?

READ THE TEASER BELOW TO FIND OUT!

We order the breakfast buffet, fill up our plates with hash browns and bacon, and then lean back and scan the parking lot outside, trying to figure out if any of the approaching patrons of Big Mike’s could be Fingers. We’re both pointing at a skinny dude wearing white fingerless gloves and a purple pimp hat, certain that’s him, when a guy slips into our booth and says, “You must be the Bostons,” as he holds up a phone with a picture of us sleeping on the jet bed on the screen.

Which is super creepy, but not wholly unexpected at this point.

I squint my eyes at him. “You don’t look like a wedding point man.” He’s wearing a cowboy hat and smells like mint chewing tobacco.

He smiles broadly at me. Lotsa teeth. “Keep people on their toes. That’s our motto. ‘Weddings that keep you on your toes.’”

I shake my head and shoot her a look that says, No, babe. Not now. Cowboy here looks unstable.

But Cowboy Clarence takes it all in stride and says. “So, what kind of wedding were you envisioning? Hmm? Five-star hotel with a mani-pedi package and a wedding party of thirty?” He winks after getting all that out. Like it’s a joke.

“No,” I say, narrowing my eyes at him. “We’re only here for like five more hours. Just a quick, super-spontaneous, super-ridiculous elopement wedding so we can teach her mother a lesson.”

He snaps his fingers and points at me. “Ferris wheel?”

“Is that a thing?” Emma asks, hopefully.

“Sure. We can make anything happen, sweetheart. Anything you want. Fingers is your man.”

“Maybe not a dude ranch. Learning how to ride sounds time-consuming. Something fast. We really do have to be back in Key West for Christmas Eve dinner.”

“Mother-in-law got you by the balls, huh?”

“I do not. Do you have like…a menu? Or something that spells it all out for us? We’re not sure what we want, but we’ll know it when we see it.”

Cowboy clicks his tongue at us like we’re ponies and points his finger like a gun. “I got you.” Then he whips a brochure out of his back pocket and slaps it on the table. “Take a good long gander at this. I’m gonna go rustle me up a breakfast burrito at the counter. BRB.”

He gets up and heads towards the counter as Emma and I look dubiously at the crinkled, wrinkled, is-that-a-coffee-stain?, used-up, tri-fold brochure he left behind.

We side-eye each other and laugh.

I pick up the brochure by the corner edge and flip it open.

“‘Welcome to Fingers’ Fantasy Weddings. Where we keep you on your toes,’” Emma reads.

I just shake my head. Because I can’t.

“Oh, look. Here’s a picture of the underwater wedding at the aquarium. That really does sound like us, don’t you think?”

“Yeah. It does. But this is our one wedding. Do we really want to be us?”

“Oh, fuck. I don’t think we can, anyway. You need to show proof of SCUBA certification.” She eyeballs me. “We can’t exactly call home and have my dad email them over, right?”

“Probably not. But look, here’s a rollercoaster wedding. That sounds fun.”

“And terrifying,” I add. I mean… I’m not gonna come right out and say it, but falling out of a plane doesn’t sound like the best way to start your new married life, if you ask me.

“I don’t know. Maybe a little adrenaline rush is what we need?”

“How about this one?” I laugh. “Shotgun wedding at Red Mesa Resort! Look, they’re all dressed up like gangsters.”

“Maybe that’s where Miles moonlights on his days off?” Emma quips.

I’m so gonna kill Miles the next time I see him. I really thought we were friends.

Cowboy Clarence slips back into the booth chewing on a breakfast burrito. “So. Make up your minds?” He winks at my almost-bride.

“We like a bunch of them. We’re just not sure which one.”

Clarence puts up both hands. “I get it. Totally get it. And it’s your lucky day. Because here at Finger’s Fantasy Weddings we get you.” He points to us like this is all part of the act. “That’s why we offer the Ultimate Fingers’ Fantasy Wedding Buffet.”

“Buffet?” Emma and I both say.

“It’s like a… pick three. Except you don’t get to pick ’em. We do. And we rustle you around town and by the end of the day you’ve had yourself three incredible, one-of-a-kind Fingers’ Fantasy Weddings.”

Emma shoots him with her finger. “That keep you on your toes!”

“You betcha!” He laughs, clearly enamored with my girl.

Emma looks at me. “What do you think?”

“All right then,” Clarence says. “Here’s what’s gonna happen. You’re gonna give me your credit card, I’m gonna run it on my little PayPal app here on my phone for a grand total of five thousand dollars, and then I’m gonna walk on over to that pay phone right there and make some arrangements with Fingers while I finish up my burrito. You good people will sit tight over here and eat up.” He points to us again. “You’re gonna need that energy. I’m about to rustle up the best day of your life, so you better grab seconds. And then we’ll get ’er done!”

“Let’s get ’er done!” Emma squeals. “Give him the credit card, Jesse!”

I hand it to him and Clarence tips his hat to Emma while he takes it. Then he slides out of the booth and walks across the restaurant where the pay phone must be.

“Wow,” I say. “This place is really something.”

“Right?” Emma laughs. “I knew this was a good idea last night, but in the bright light of day, it’s even better. We’re about to have an amazing day, I can just tell.”

And it does feel like a pretty special day. I mean… how often can you possibly expect to go to sleep in Key West, wake up in Vegas, meet with Cowboy Clarence, and buy Fingers’ Fantasy Wedding Pick Three Buffet in less than twelve hours?

This is a once-in-a-lifetime experience all the way around.

But twenty minutes later, when I get up to use the restroom and ask where the pay phone is, the friendly waitress on skates tells me there is no pay phone.

And no Cowboy Clarence, either.

And he took my credit card.

“WE KEEP YOU ON YOUR TOES!” 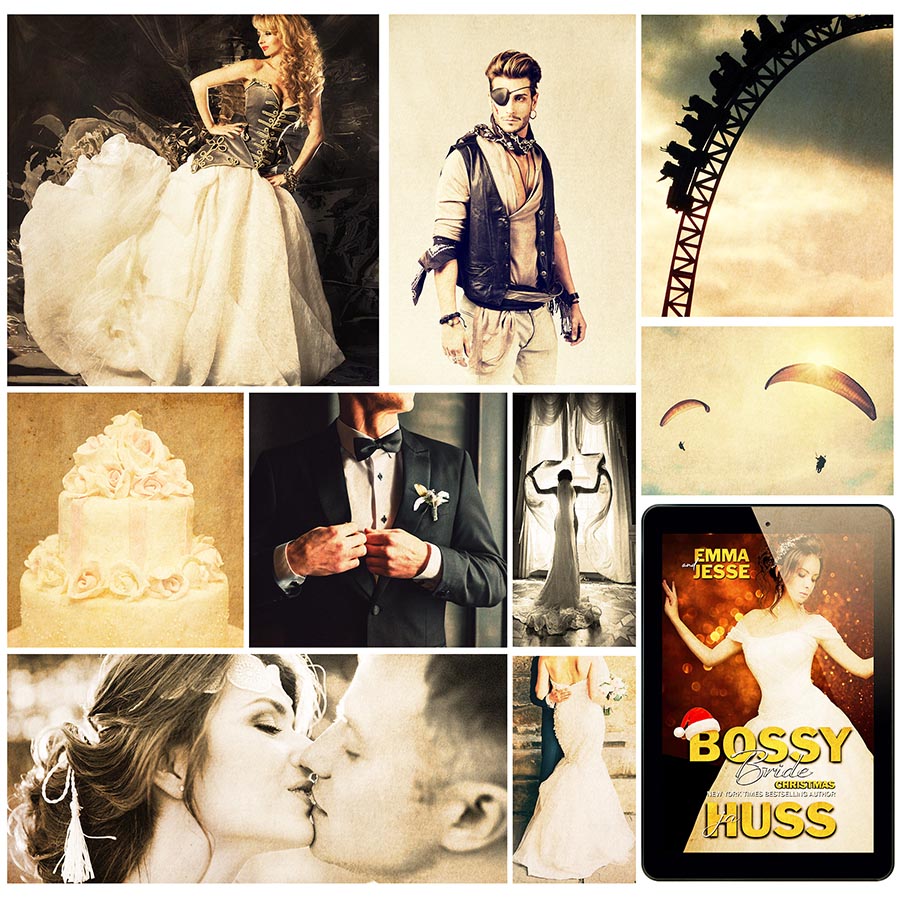 i’LL HAVE ANOTHER TEASER FOR YOU NEXT WEEK! SO STAY TUNED!