NOW BIGGER THAN EVER!

I will have guest authors co-hosting the Friday Night Freebie with me and every week there will now be TWO GIVEAWAYS! One major prize here on the blog and one gift card prize on Instagram! The same rules below still apply.

The Friday Night Freebie is super simple. The giveaway starts every Friday afternoon (usually between 3-4 PM Mountain Time) and it ends Monday at 12:01 AM. Winners are chosen and announced on Monday. Very short giveaway. Super fun thing to do real quick.

Your chances of winning are pretty high because this ONLY runs on my blog. No other blogs host it so there won’t be very many people entering.

None of it is required. As long as you enter at least one way, you’re eligible to win.  And there is ALWAYS a very simple “Leave a comment” option. I love comments!

HEY! you know about the free book club I’m in, right?

If not, OMG, IT’S TOTALLY FREE!

And this month’s book club book is HERE! 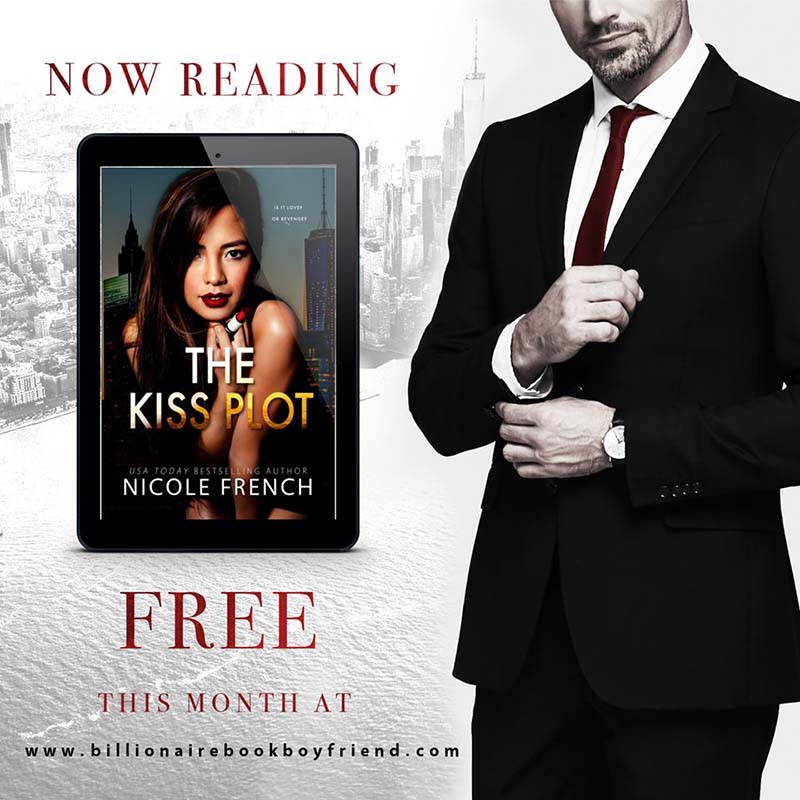 IF YOU ARE A ROMANCE AUTHOR and would like to co-sponsor a FRIDAY NIGHT FREEBIE with me, join THIS FACEBOOK GROUP FOR DETAILS!

THIS WEEK’S SPONSOR IS

I released Bossy Brothers: Alonzo this week and I’m so happy, happy, happy that everyone seems to be loving these two crazy kids! Alonzo and Tara are long-distance “virtual lovers” who find out that they’ve each been lying about who they are after two years of phone fucking!

Anyway – it’s super cute, and incredibly sexy so I hope you pick it up.

THIS BOOK IS A STANDALONE!

(The whole series is!) 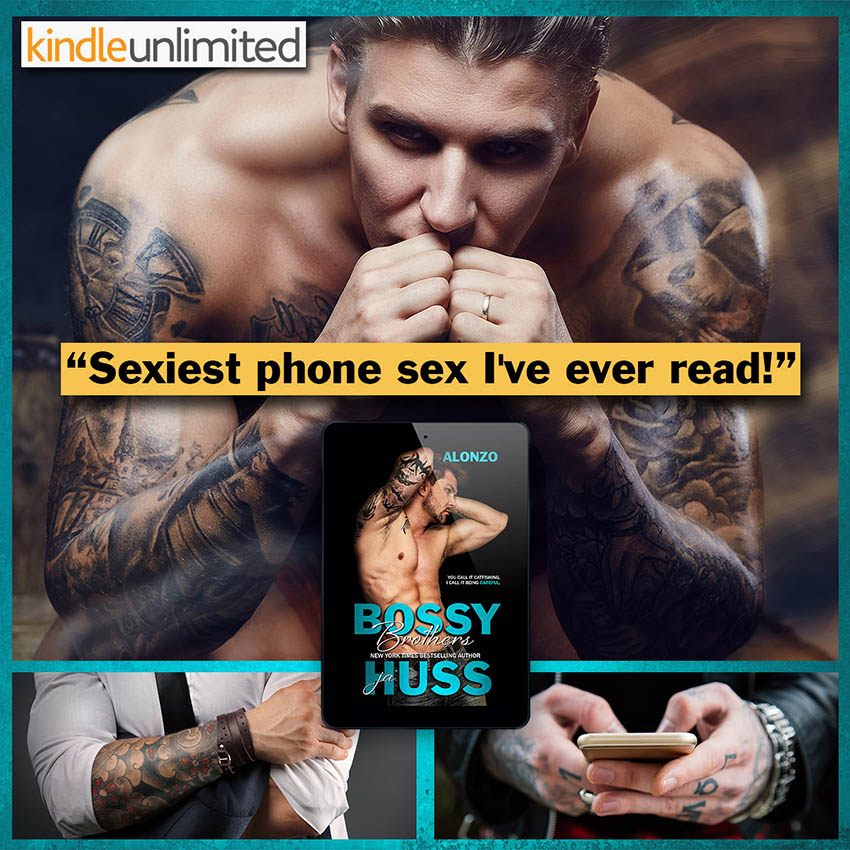 THIS WEEK’S PRIZE IS:

PLUS a “Whatever Bitches tote bag

JA Huss is the New York Times Bestselling author of 321 and has been on the USA Today Bestseller’s list 21 times in the past five years. She writes characters with heart, plots with twists, and perfect endings.

Her new sexy sci-fi romance and paranormal romance pen name is KC Cross and she writes novels and teleplays collaboratively with actor and screenwriter, Johnathan McClain.

She lives on a ranch in Central Colorado with her family. 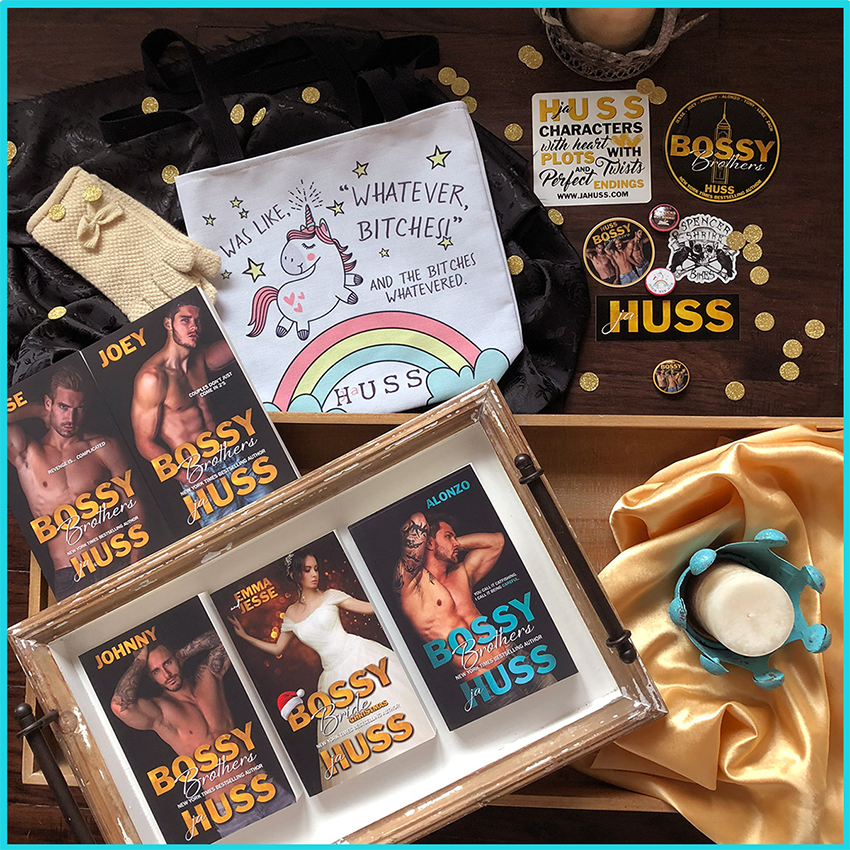 OK, MY LITTLE PRINCESS UNICORNS… TELL ME WHICH KIND OF STORY IS YOUR FAVORITE:

STALK JA HUSS AT ALL THESE PLACES!

THERE ARE TWO BIG GIVEAWAYS THIS WEEK!

THE SECOND SPONSOR IS:

Kitty also has a new release this week. 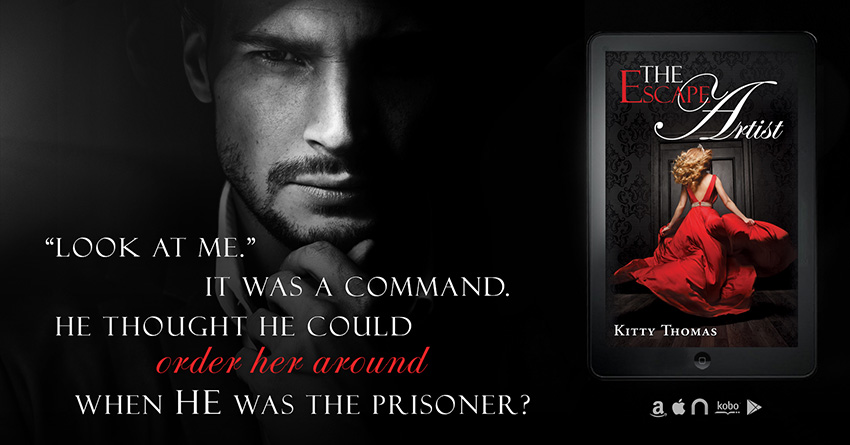 Claire was held captive for 43 days by a man who did unspeakable things to her.

Three years after her escape, she gets her revenge. The only problem is, she’s got the wrong man.

God help her if he escapes.

All other buy links

THE SECOND PRIZE IS:

AND SIGNED paperbacks of

KITTY THOMAS writes dark sexy stories that play with power. She began publishing in early 2010 with her bestselling COMFORT FOOD and is considered one of the original authors of the dark romance/erotic subgenre.

This work is meant for an adult audience. The author does not endorse or condone any of the behavior carried out by characters in her stories. She believes fiction is meant to challenge the reader, not teach morality. If you haven’t developed morals by the time you start reading erotica, it’s probably too late.

Kitty writes standalone novels except for the Pleasure House Books which are interlocking standalones. 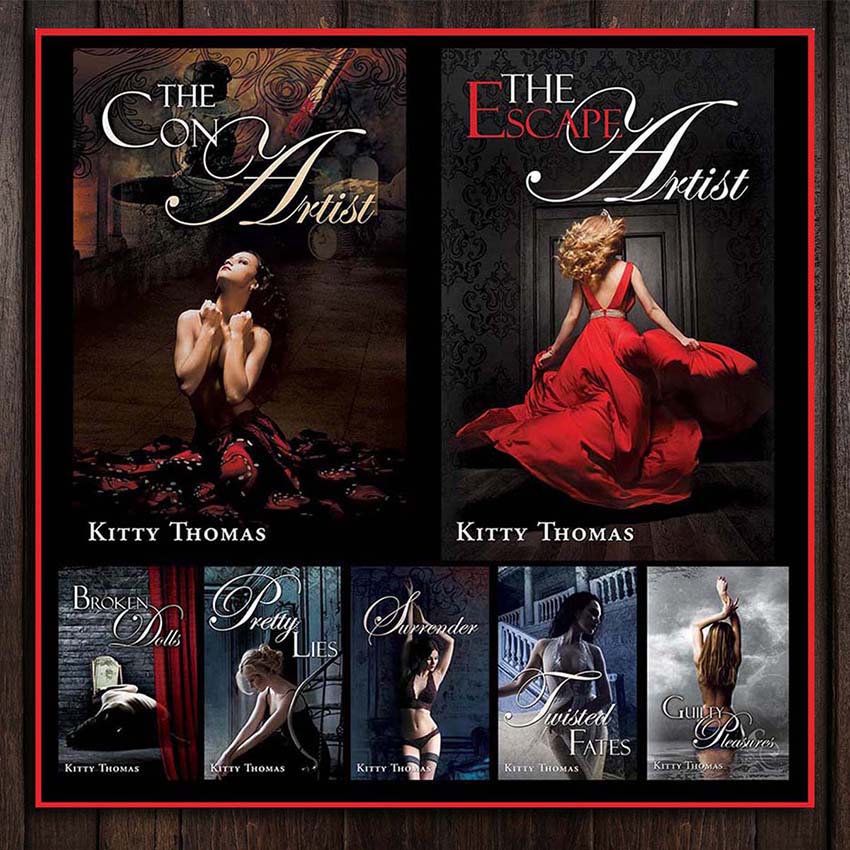 You’ve been taken hostage and have no chance of escape.

Who do you hope has you:

B) A bald guy that looks like a bouncer. He’s a quiet type and has a dragon tattoo on his back

STALK KITTY THOMAS AT ALL THESE PLACES!

Winners are picked at random using the Rafflecopter app. NO INFORMATION on the Rafflecopter will EVER be shared with another party. Nor will I ever use your private information in way you have not authorized. i.e. I will NOT be secretly adding you to my email list! 😉

If you’re not following my blog make sure you subscribe! You’ll get an email every time I post a new Friday Night Freebie!

AND I HAVE ONE MORE GIVEAWAY GOING ON RIGHT NOW!

ENTER TO WIN A WHATEVER BITCHES TOTE BAG AND A SIGNED COPY OF ALONZO! 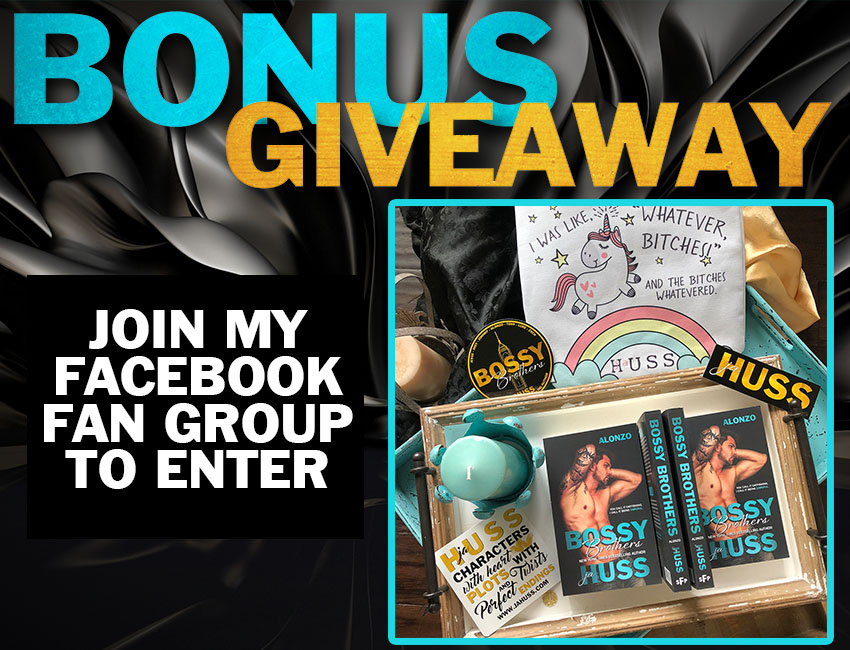 READ THEM ALL FOR FREE IN KINDLE UNLIMITED!

Thanks for stopping by! Come back soon! 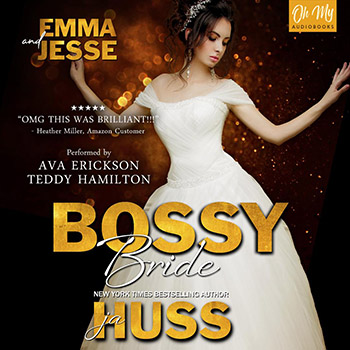