SCROLL DOWN FOR THE RAFFLECOPTER GIVEAWAY

It’s been a long time coming but the next (and FINAL) Bossy Brothers book is finally up for pre-order! And I’m having a cover reveal and giveaway to today to celebrate.

Bossy Brothers: Luke is book seven in the series and is not a standalone. It just went up for pre-order on Saturday and has a release date of January 5, 2021. The audiobook will be released at the same time and the narrators are:  Hathaway Lee, Arron Shedlock, and James Cavenaugh. Hathaway Lee is “new to you” but trust me, you will LOVE. LOVE. LOVE HER.

This is the last book and it’s all about Luke Dumas and the real “Baby Boston” Zach. This is an MMF menage (Zach and Luke have been together since Bossy Bride) but every relationship has its problems. And their problem just happens to be a cute girl called Posie! I fell for Posie so I can see why Zach and Luke are having some trouble accepting she’s “the bad guy”.

As with all the other books in the Bossy Series, this one will release straight to Kindle Unlimited. And if you’re new to the Bossy series and haven’t started it yet, the first two books (Bossy Jesse and Bossy Joey) will be going into the Audible Plus catalog very soon. The contracts are already signed and I’m pretty sure my publisher is working hard on getting all their books into the catalog as quick as they can. So that’s good news. It’s always nice to deliver good news!

Anyway, just a short message to introduce Luke and Zach. And there’s a SWEET giveaway at the bottom of this post, so make sure you check that out! 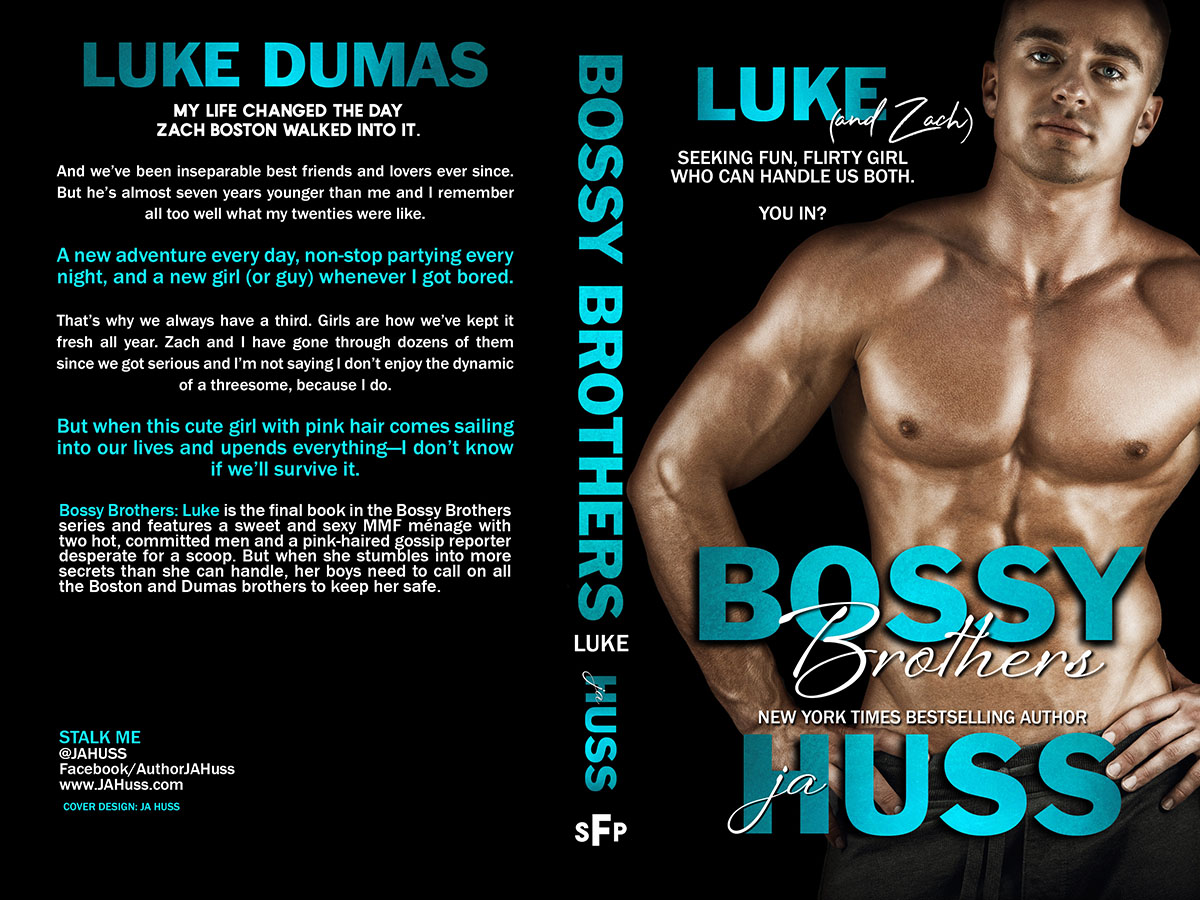 Two hot men seeking a fun, flirty girl with a sense of adventure. You in?

My life changed the day Zach Boston walked into it. And we’ve been inseparable best friends and lovers ever since. But he’s almost seven years younger than me and I remember all too well what my twenties were like – A new adventure every day, non-stop partying every night, and a new girl (or guy) whenever I got bored.

That’s why Zach and I always have a third.

Girls are how we’ve kept it fresh all year.

But when this cute girl with pink hair comes sailing into our lives and upends everything—I don’t know if we’ll survive it.

Bossy Brothers: Luke is the final book in the Bossy Brothers series and features a sweet and sexy MMF ménage with two hot, committed men and a pink-haired gossip reporter desperate for a scoop. But when she stumbles into more secrets than she can handle, her boys need to call on all the Boston and Dumas brothers to keep her safe. 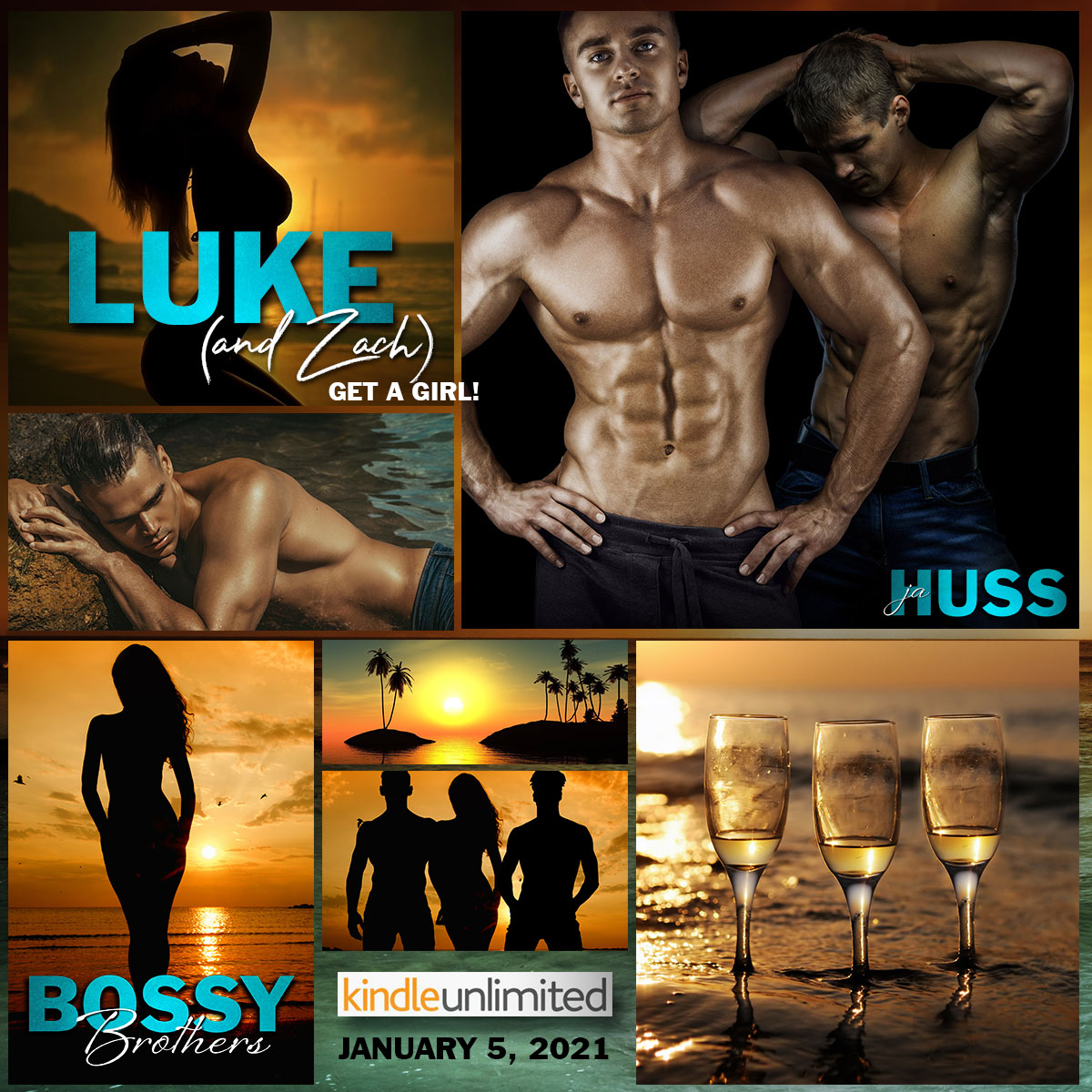 LOOK AT THIS HUGE PRIZE PACK!

HAVE A GREAT WEEK EVERYONE!