WINNERS FOR THE LAST THREE GIVEAWAYS DOWN AT THE BOTTOM!

Bossy Brothers: Jesse features a bachelor auction gone wrong, four smart ladies who botch a crazy revenge kidnapping, a fancy power dream date with fast cars, private jets, and expensive yachts, lots of ex-sex, and a happily ever after that proves… sometimes the best man for the job is a woman.

Thirteen years before Emma Dumas bought me in a bachelor auction to teach me a lesson she stole my heart down on Key West. I fell so hard for this girl I made all the promises. Only with Emma, I really meant them.

And then I disappeared.

But it wasn’t my fault. Let’s just call my reason “Family Business”. I’d tell you what that business is, but then I’d have to kill you. Just kidding. I can’t tell you what my family business is because it’s so secret, even I don’t know.

My point is… I didn’t ghost. It was a weird twist of circumstances. And OK, yes. I did hook up with pretty much every girl on the island that week. But after I met Emma, I was ruined. She’s the only one I wanted.

It’s been thirteen years. I’m a changed man. I STILL want her. I have ALWAYS wanted her.

But it’s kind of hard to tell her that with a gag in my mouth and a hood over my head.

READ AN EXCERPT BELOW THE GIVEAWAY! 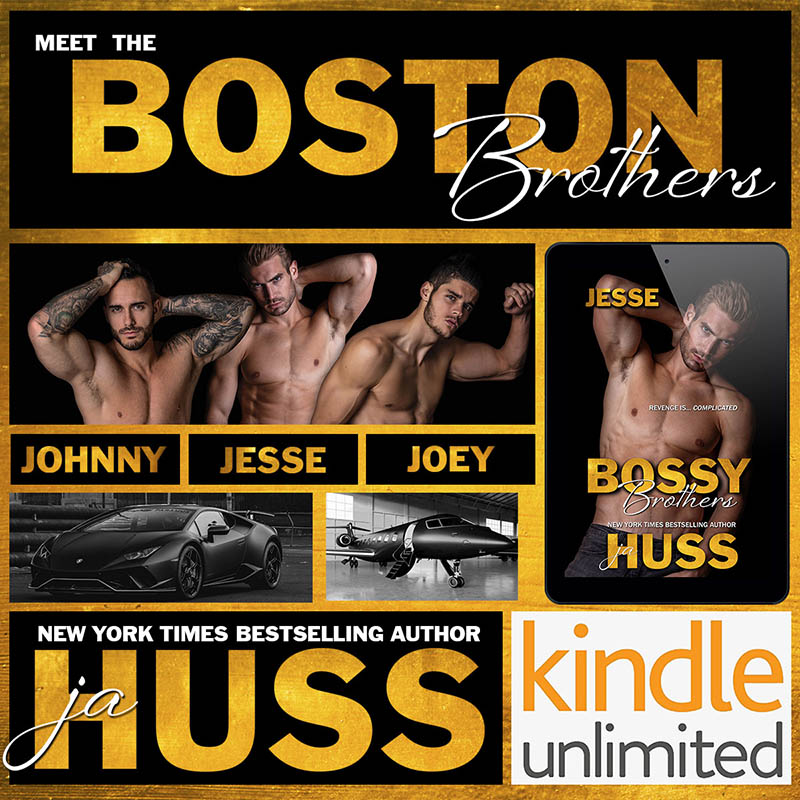 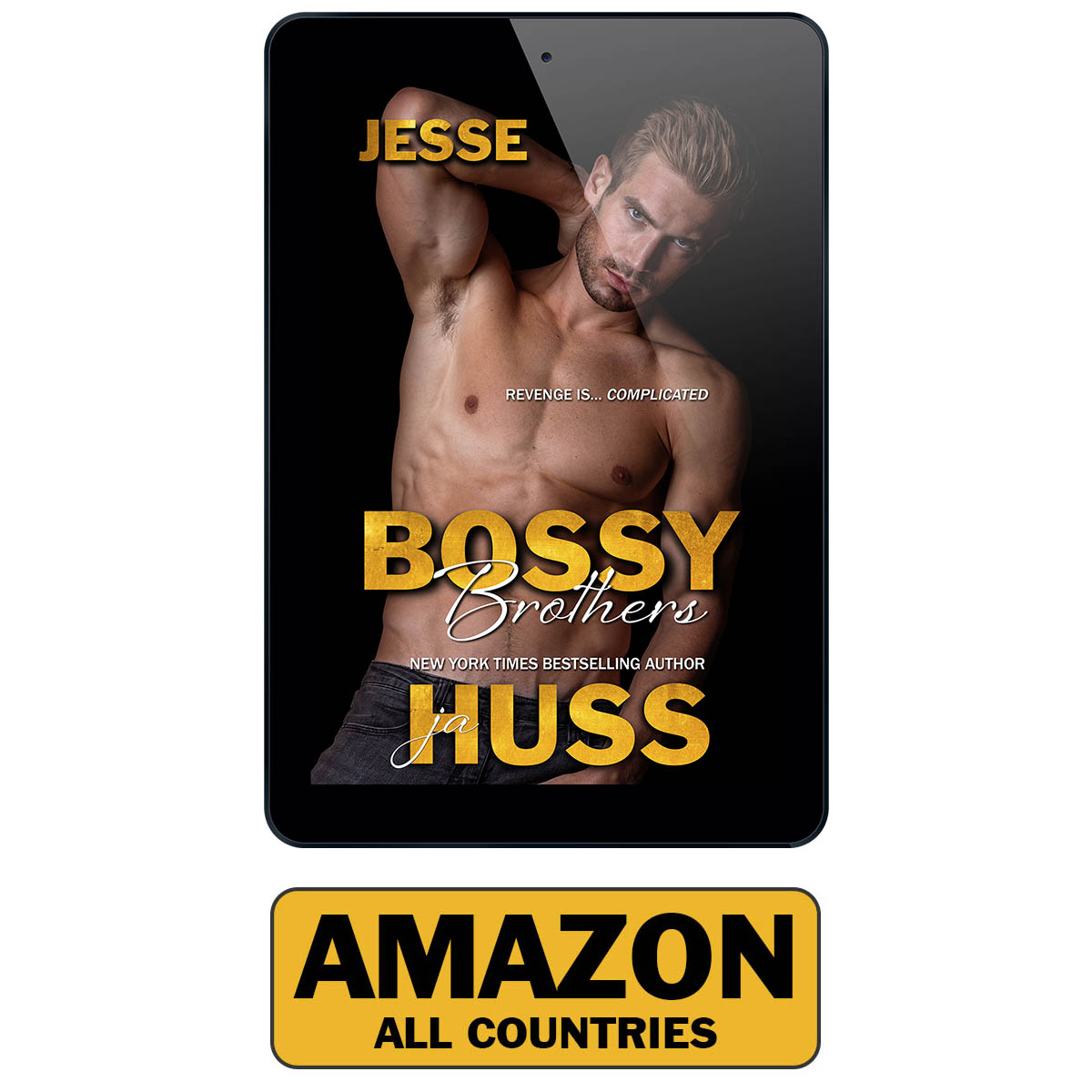 $25 GIFT CARD AND SIGNED COPY OF THE BOOK 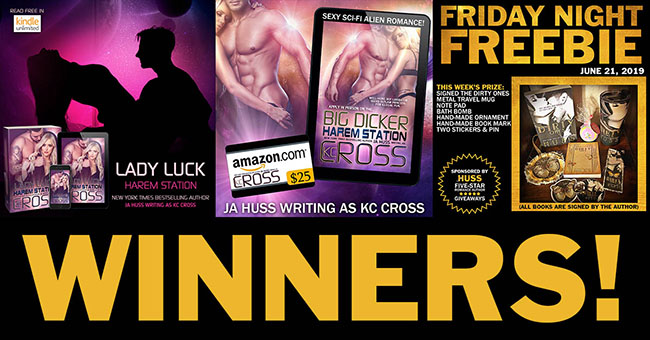 You have all been emailed! Please respond to it. Thank you everyone for playing along with my giveaways!

REMEMBER – there is a new FRIDAY NIGHT FREEBIE every Friday afternoon!

“Nothing gets by you, does it, Emma?”

“Why are you taking me to a Tastee-Freez?”

I just blink at him.

“Exactly,” he says, grinning like a foolish, charming bastard. Which makes no sense at all, but wow. I’d forgotten about that smile and how disarming it is. He looks at me. “Come on,” he says. “It’s a date, right? You paid ten million dollars for this date and now you’re going to complain when I do something date-y?”

This wasn’t part of the plan. The plan was:

Drive up to his lake house.

Wait for the girls to show up.

Take him over to our lake house.

Make him regret all his asshole decisions thirteen years ago.

Probably gloat too. Little bit of, “Look at me, so rich and powerful now. And you dumped me, you dumbass. But oh, hey. I’m too good for you now. You could’ve had all this and now you’ve got nothing. Sucks to be you.”

Which is all pretty childish because he’s Jesse Boston. He could get any girl he wants. Just look at how they fell all over him tonight at the auction.

I feel sick. Literally, I feel sick. It’s not that we can’t afford the ten mil. It’s just… that was not the plan. This asshole isn’t worth ten million. What the hell were all those women thinking?

And us. What the hell were we thinking? This is all Hannah’s fault. I’m gonna kill her later.

No revenge plan is worth ten million dollars.

And now he wants to have ice cream with me.

“Are we gonna get out of the car? Or are we going to sit here all night?”

“I’m not really in the mood for ice cream,” I say.

He grins at me again. Oh. God. Why is he so damn hot? It’s not fair. “See, that’s the best part about ice cream. You don’t have to be in the mood for it. In fact, eating it when you’re not in the mood is the best part. Because it puts you in the mood.”

And then he does one of those little eyebrow waggles.

He frowns. “What the fuck are you talking about?”

I point to his forehead. “You waggled at me when you said ice cream puts you in the mood.”

“OK, whatever. If you say I did, then I did. But no. It wasn’t innuendo. Ice cream is like… that’s just what people eat when they’re stressed, ya know?”

I just stare at him.

“God, for a woman who paid ten million dollars for me, you sure are a tough crowd.”

“OK,” he says, holding up a hand. “Would you like me to take you home? Should we just… end this?”

I huff. “I paid ten million dollars for you. I’m getting my date.”

He stares at me. No. He glares at me. “Then get your fucking ass out of my car and order a motherfucking ice cream.”

And then he gets out, not even waiting for me. Just gets out, slams the door, and walks up to the Tastee-Freez and gets in line.

I’m outside. Where are you?

That’s what I text to Emma once I pull up in front of her building. She’s testing me but I’m ready for her today. I am willing to overlook the drugging and the kidnapping—but no one walks out on me the way she did last night.

So am I being petty and childish by demanding that she spend the day with me learning her lesson?

I don’t even know what we’re going to do today. I have no plans other than monopolize her day. Make her waste time with me. Make her hate me.

This is what’s called the classic hate fuck, Jesse.

Her words are burned into my mind forever. I will never stop hearing her say that to me. Ever.

My phone dings in my hand just as a horn honks behind me.

I glance down at the screen and read her message. I’m right behind you.

Then I glance in the rear-view and see her waving at me from a… what the fuck?

She’s smiling broadly from the driver’s seat of a matte-black Lamborghini Huracán, her curlicue pigtails bobbing around her face.

She honks again. My phone dings. The text reads. Get in. I’m driving.

Oh, I don’t think so. I came here in a motherfucking Ferrari Portofino. Red. So I text back. You get in. I’m driving.

My phone rings. “What?” I ask, so annoyed. Because while the Portofino was an excellent choice, I do have to admit the Huracán has sex written all over it.

She revs her engine behind me. “We’re taking my car. If you’re a good boy maybe I’ll let you drive it.”

“I could buy my own Huracán, Emma. I don’t need to drive yours.”

I catch her smiling even bigger in the mirror. “We can compare dicks all day long if you want. But I’m not getting out of this car until we arrive at our destination. So. I suggest you pick and choose your battles carefully, Mr. Boston. Because as you can see, I’m sporting pigtails. And what you can’t see is that I’m wearing the same outfit I was that day at the shaved ice stand all those years ago.”

“Hmm, indeed. This is your fantasy, right? You want to make me look like that teenager I was back then. Fine. I’ll play along. If you let me drive my car.”

“I don’t know where you got this car, but it’s definitely not yours.”

“It is now. I had it delivered fifteen minutes ago.”

“You bought a two-hundred-thousand-dollar car to impress me?”

“Two-seventy-five with upgrades. But who’s counting? And I didn’t do it to impress you, Jesse. Don’t be dumb. I did it to make you feel inferior.”

“I have no idea what you’re talking about.”

“You’re trying to hate-fuck me with a car.”

“You know you want to drive it.”

“I really don’t have a thing for fast cars, Emma. You miscalculated.”

She revs her engine again and it sounds like a fucking lion. Or a lion ready to fuck. One of the two. “Everyone has a thing for this car. Don’t you want to see the interior? I wish I had time to customize it myself, but oh, well. Listen to the sound system—”

The chorus of Smells Like Teen Spirit blares out into the city. Everyone within a hundred yards turn to look at her.

I check the mirror again and find her banging her head and laughing hysterically, her pigtails flying back and forth.

I text, Stop it. You’re embarrassing yourself.

She pauses her head-banging to text back. Get. In. The. Car. Now. Or I’ll roll down the window and ask that hot-as-fuck jogger to get in instead.

I glance at the jogger. He’s shirtless, sweaty, and not bad-looking—OK. No. He’s hot, even I can see that—and he’s also smiling at Emma like he wants to throw her down on the hood of that Huracán and fuck her right here in front of the whole city.

I get out, toss my keys to her building valet, and intercept the jogger with a hand in the air. “Back off, asshole.”