OPEN GIVEAWAYS LINKED AT THE BOTTOM!

This is the fourth edition of the End of Month Shit and every time I start these posts I just can’t believe another month has gone by. August was a super busy one for me because I had a road trip to Book Bonanza in Texas early in the month. Book Bonanza was fantastic! I had a lot of fun visiting my friend, Nicole’s house, in Kansas for the first time. I left Colorado and drove east for what seemed like an eternity. Have you ever driven across Colorado and all the way across Kansas in the same day? Let me tell you, that is one FLAT, STRAIGHT road. Not the most exciting road trip, for sure.

I had done this twice before. The first time was like 20 years ago when I first moved to Colorado. Then in 2014 for Penned Con. There were NO wind farms during that first trip. There were a few for that trip to Kansas City for Penned Con, but this time damn. Those wind farms are massive they are everywhere. It was kind of cool to see how much things have changed in the past 20 years.

Nicole and Tim’s house was fun, even though I only stayed overnight. I met her dog and they gave me a Jeep tour of their property (which was so beautiful). And we went to dinner in their small town (I love small towns. Just love them). But when we came home we noticed my car had a low tire and a flat tire.

But Tim has this HUGE air compressor in his workshop building, so he just filled them up with air and then the morning we woke up super early to get on the road for Dallas. We stopped in a nearby town, got one tire fixed (had a nail in it) and all the others checked (they were fine) and then got back on the road. It rained so hard for like the first three or four hours my passenger-side windshield wiper went flying off on the highway! Didn’t stop to fix that. It’s still missing. 🙂 The driver’s side worked and so whatever.

When we left Kansas it was cold and rainy and when we arrived in Dallas it was hot as HELL!!! Holy shit, how do you guys live in Texas in August? I have never felt that kind of heat before. It’s not like the desert (I’m pretty OK with desert heat) this was suffocating, humid heat. But luckily we were inside almost the whole time we were there and the hotel was pretty comfortable as far as temperature went.

We did venture out to the water park on Friday though. Ordered up some slushy cocktails to relax before going for a few spins down the lazy river, but it was so hot out the drinks had turned to soup by the time they served us. Still, we had fun at the water park.

The signing itself was INSANE. Just insane. If you have never been to a huge signing like that it’s worth going. Yes, it’s stressful and yes, everyone gets frustrated at least once, but that’s the nature of “big events” right? It was cool, and fun, and there was so much great BOOK-LOVE ENERGY! I hope to go back and sign books at Book Bonanza next year too.

And Sweet Thing in audiobook

When I got home from Book Bonanza I had to do final edits for Pleasure Prison and get that ready for release. Plus the audiobook version of Sweet Thing released in August too.

My release schedule is starting to slow down just a little. My goals for the first half of 2019 were to write some books for Kindle Unlimited and jumpstart the new sci-fi romance pen name with a rapid release schedule. So August was the first month I didn’t have two new releases since March.

Harem Station now has FIVE books out (Book Six, Veiled Vixen, is on pre-order for October release) and I’m still very excited about the story and so happy that I made time to write some sci-fi stuff this year. I know it’s not everyone’s cup of tea, but it’s gotten great reviews from the readers who are going along on this ride with me. So thank you guys for that.

BOTH ARE FREE TO READ IN KINDLE UNLIMITED!

I have ONE book and TWO audiobooks releasing in September.

In September I will be releasing the third book in the Bossy Brother’s series, BOSSY BROTHERS: JOHNNY. Right now it has a tentative release day of September 23 OR September 30. Depending on when I have the final version ready for ARC readers. THERE IS NO PRE-ORDER FOR THIS BOOK. It will be a live release directly into KU once I get the date nailed down.

Big Dicker will release on Audio on September 10 (and is on pre-order HERE) I was just listening to it last night, LAUGHING MY ASS OFF. Big Dicker is so great and Johnathan (Tad Branson in the audio world) did the voice of Jimmy and Ann Pepperidge (from The Sexpert and Pierced) did the voice of Delphi.

It’s truly amazing and I remember when Johnathan got done narrating this he sent me an email with a sample because it was his favorite part in the book! So amazing.

Dicker is book 2 in the Harem Station series. Booty Hunter released in audio in July and we are hard at work on Lady Luck. I think the narration might be done, so we’re in post-production stuff now. I don’t have a firm release date for you yet, but I will soon and I will let you know. I do know that the narrators for Lady Luck are Jacob Morgan as Luck and Emma Wilder as Nyleena.

Wild Thing will also release in audio on September 24. This is the last standalone book in the Naughty Things “series” and will have Christian Fox and Emma Wilder as Mason and Lyssa. They both did the voices for all three books in that “series”. It’s not really a series. They are true standalones with no crossover, so if you want to listen or read out of order, you can.

Bookbub is the easiest way to keep track of what I’m doing because they send those new release alert emails out lickety-split and they almost never go to spam.

I have one more thing to tell you about and that this new monthly book club I’m a part of Nicole French and Claudia Burgoa invited me and some other authors to be a part of the Billionaire Book Boyfriend Club. And here’s the most important thing – its’ FREE for all members! That’s right, every month you get a free book from one of the 12 authors and just look at this list! It’s super special!

If you want to get in on this (and we’re running some pretty big giveaways soon! So you do!!) Go check it all out HERE. 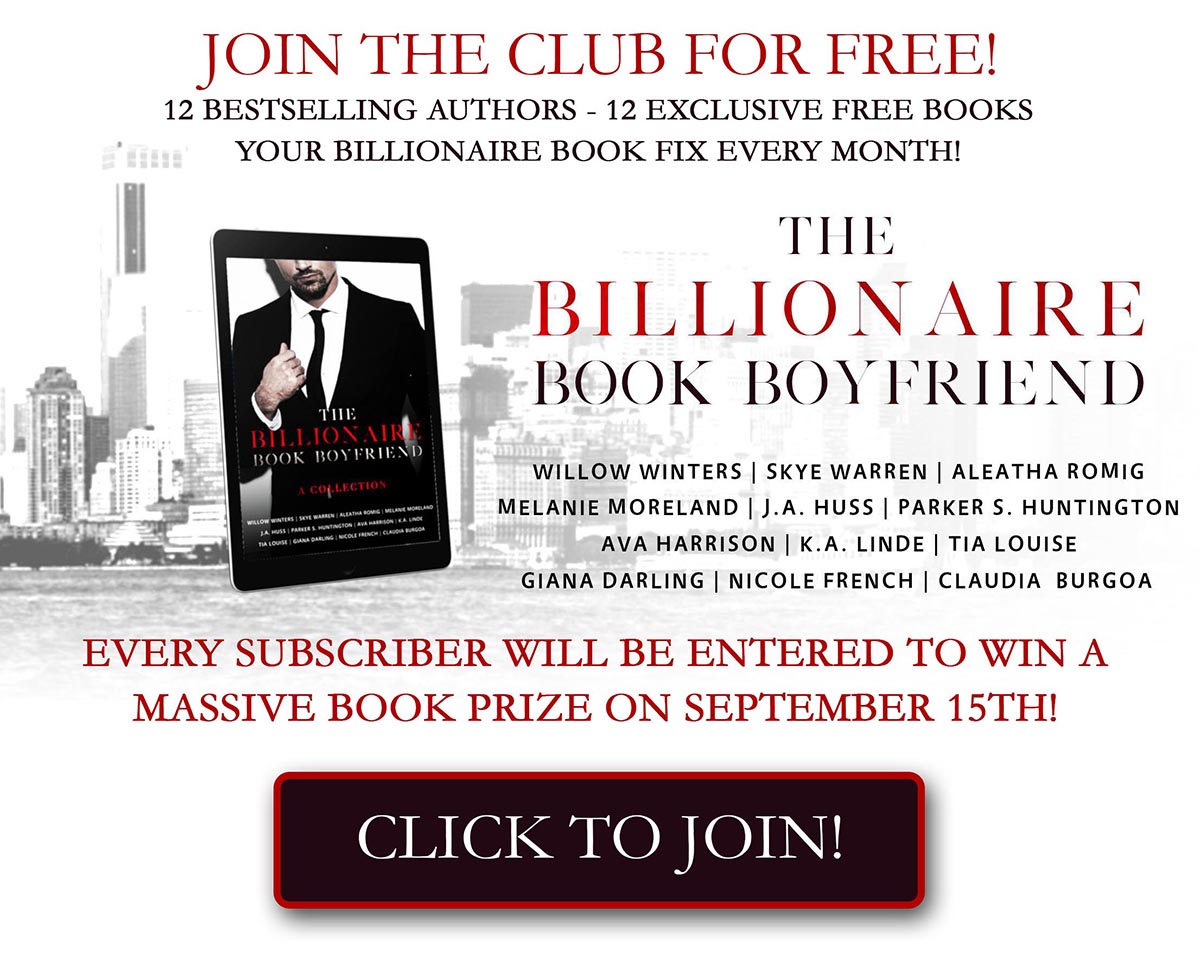 Oh, and I TURNED 50 IN AUGUST! I wrote a special post about that so if you didn’t get a chance to read it, you can SEE IT HERE.

NEXT WEEKEND I will be in Phoenix teaching an all-day masterclass for authors for the Valley of the Sun Romance Writers. If you’re in the area and want to take the class you can FIND MORE INFORMATION HERE. 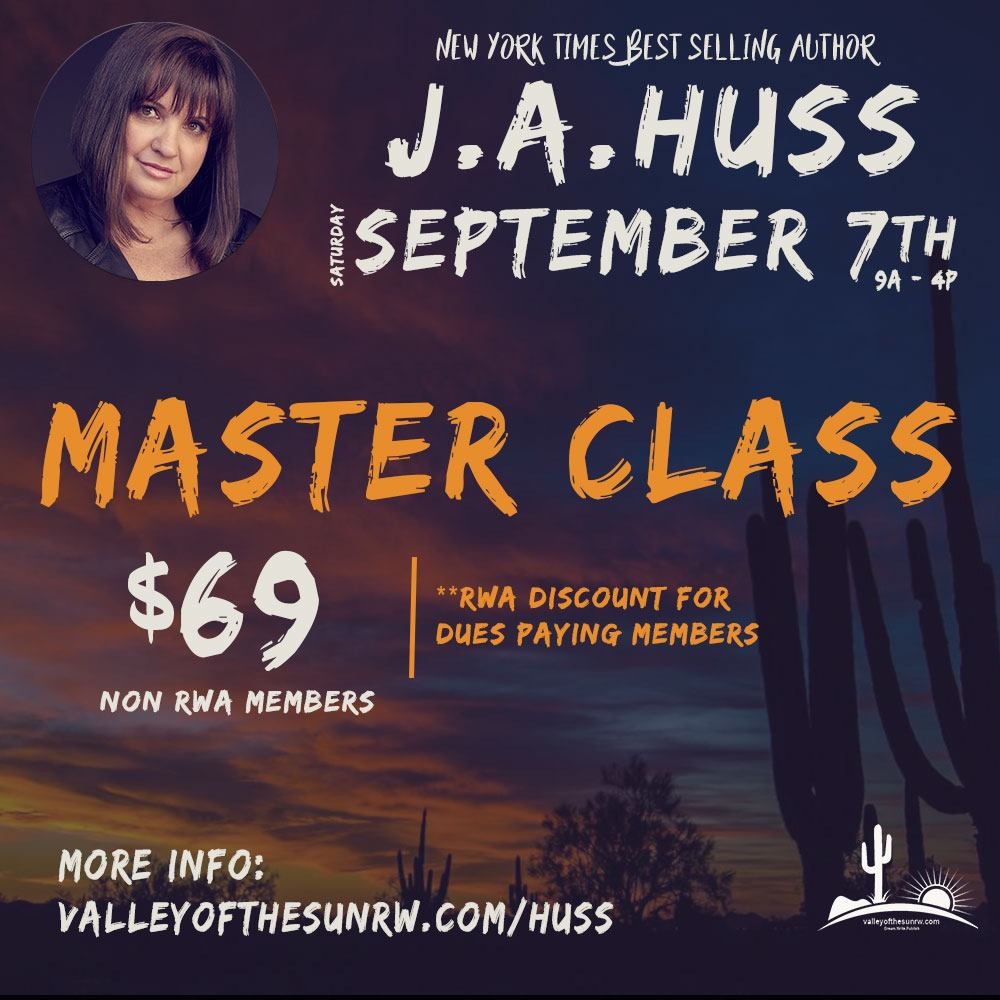 Don’t miss this week’s Friday Night Freebie! There’s a huge prize up for grabs. ENTER HERE. IT’S OPEN AN EXTRA DAY THIS WEEK for the holiday weekend! So you have until Monday at Midnight to enter!

And make sure you follow the blog so you can be reminded when the Freebie goes live. Or you can join my newsletter. I almost always send a newsletter announcing the Freebie.

OK, that’s it for me for now. It feels like the months are just flying by so I’m sure the next End of Month Shit will be here before we know it!

Have a great September!